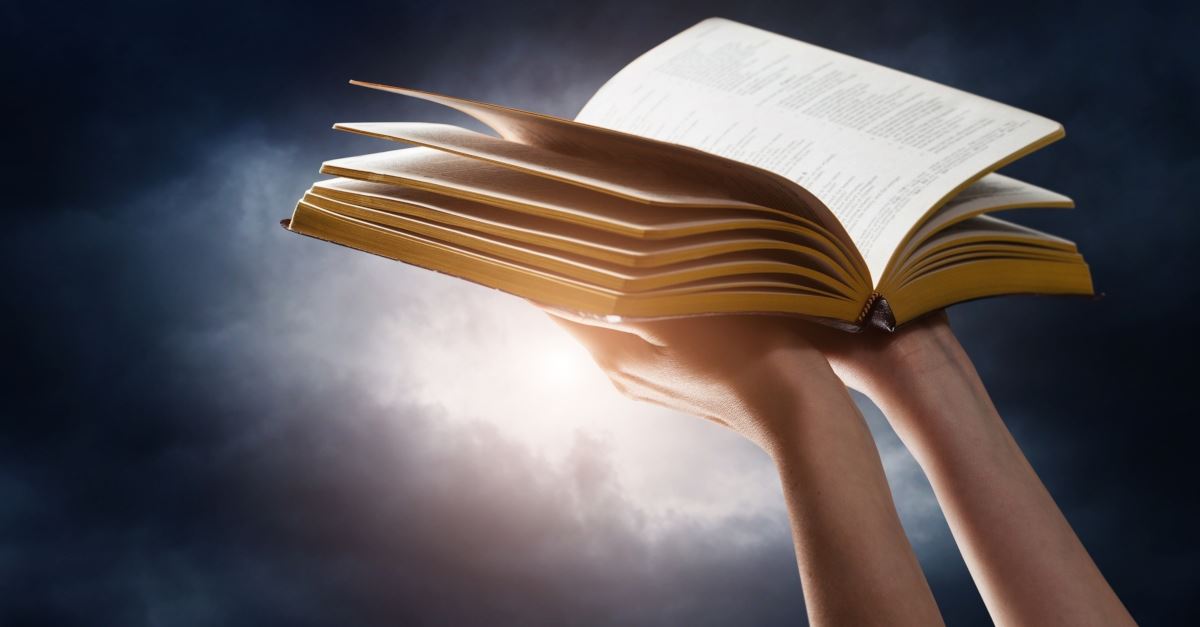 And the Lord passed before (Moses) and proclaimed, “The Lord, the Lord God, merciful and gracious, longsuffering, and abounding in goodness and truth, keeping lovingkindness for thousands, forgiving iniquity, transgressions, and sin, by no means clearing the guilty, visiting the iniquity of the fathers upon the children and the children’s children to the third and fourth generation. – Exodus 34:6-7

Joel held it out as the reason God’s people could expect revival (Joel 2:13).

Jonah complained about it in Jonah 4:2.

And we find fleeting quotes from it throughout Jeremiah, such as in 32:18.

The truth which is expressed in Exodus 34:6-7 is the basis for everything good and wonderful God did in the rest of the Bible.  Oh, by the way—and this is important—when it says “keeping lovingkindness for thousands,” it means thousands of generations.  As opposed to “visiting the iniquity on the children to the third and fourth generations.” (Numbers 14:18)

The most surprising thing in the Bible may not be the Lord Jesus’ birth, but rather, his death.

They were expecting Him. “Come Thou long expected One” they sang of Him. The Old Testament had predicted His coming many times. Luke 2 speaks of Anna and Simeon, two elderly saints who were looking for Him any day.

What no one was expecting was Jesus’ death. That caught them all by surprise, to the point that they didn’t know what to do with it. Some left Jerusalem, heart-broken and disillusioned (see Luke 24).

The second most surprising thing in Scripture may well be Jesus’ resurrection.

If His death was the biggest surprise, His resurrection was almost as shocking. No one—well, no one except possibly His enemies—was expecting Him to return from the grave (see Matthew 27:62-66).

Nothing about this story is as we would have planned it. It’s almost a complete surprise from beginning to end. In reading the first chapter of Mark, one is stunned by surprise after surprise.

Our problem is we are jaded by the familiarity of the story and thus unable to read it with fresh eyes (to our everlasting detriment).

The sweetest chapter in Scripture:

Psalm 103 gets my vote for that. Over a quarter century ago,  my church memorized that Psalm and I preached through it for a month. It’s pure gold, a mother lode of riches.

I love the dimensions of God’s love given in this psalm. God’s love/mercy is as great as the heavens are above the earth, His forgiveness as total as the east is from the west, His compassion like a father’s for his children, and once again (Psalms 103:17), His mercy/love is from everlasting to everlasting. What could be better?

Don’t ever let anyone tell you the Old Testament God is a god of wrath, while the NT God is a God of love.  He’s the same, from one end to the other.

The richest chapter in the Bible:

Romans 8 is my pick. It’s a 39-verse rhapsody on the theme of God’s love. In fact, he (Paul) does something I find remarkable and wonderful. Given 30 verses to talk about the love of God, the love of Jesus, and the love of the Holy Spirit, Paul did not do what I would have done: Take 10 verses for each.

Instead, Paul plaited those three themes together over the entire first 30 verses of Romans 8, telling us a beautifully braided story of how God the Father, God the Son, and God the Holy Spirit worked together to achieve our salvation. For instance, Romans 8:3-4 are typical…

What the law could not do in that it was weak through the flesh, God did—sending HIs own Son in the likeness of sinful flesh, on account of sin, He condemned sin in the flesh, in order that the requirement of the law might be fulfilled in us who do not walk according to the flesh, but according to the Spirit.

They’re all there, Father/Son/Spirit, working in a divine unity to achieve the eternal plan of salvation. And it’s that way all through the first 30 verses.

And then—we come to verse 31. What shall we say then (as a result of such loving actions from our Lord)? (He answers)  If God be for us, who can be against us?

It’s critical to note He is not saying if God is for us, but because He is. He’s just spent an hour of His time—I figure it took Paul that long to dictate Romans 8:1-30!—telling us God is for us, and now He is asking what we are to make of that. Answer: We are doing great! No one of any consequence can be against us! We’ve got it made in the shade!

By the way, I love how Romans 8:26 says the Holy Spirit is in Heaven interceding for us, and Romans 8:34 says Jesus is at the right hand of the Father doing the same thing! Have we got it made or what?!

There is nothing better than Romans 8 anywhere, friend.

And, as promised—the worst thing in the Bible:

I hesitate to say anything here because invariably someone will want to argue, debate, insist that I’m missing the point, and so forth. But here goes…

The Book of Judges.

It’s dark, it’s depressing, it’s burdensome. And there is a reason, we’re told.

“In those days there was no king in Israel; everyone did what was right in his own eyes” (Judges 21:25; Judges 17:6, Judges 18:1, and Judges 19:1.) But, I think we will all agree it wasn’t so much a king they were needing in Israel as a Savior. These were dark days in the lives of God’s people.

I’m glad we have the wonderful Psalms and the amazing Gospels.

Thank you, Father, for Holy Scriptures. There is nothing like the Bible. As Moses told Israel, “What nation is there that has such statutes and righteous judgments as are in this book of the law which I set before you this day?” (Deuteronomy 4:8)

Let us give thanks for the Bible.  And let us never forget something the Lord Jesus said: “If you know these things, blessed are you if you do them.” (John 13:17)

This content first appeared on Crosswalk.com and is used here with permission. To view the original visit: https://www.crosswalk.com/blogs/joe-mckeever/best-surprising-and-worst-parts-in-scripture.html

He created us for fellowship. He desires praise and prayer. He's absolutely listening.