The ultimate example of sacrifice and surrender is, of course, Jesus Christ. He had everything and still chose to surrender it out of love for His Father. Your attitude should be the same as His.

…who, being in very nature God, did not consider equality with God something to be grasped, but made himself nothing, taking the very nature of a servant, being made in human likeness. And being found in appearance as a man, he humbled himself and became obedient to death—even death on a cross! Therefore God exalted him to the highest place and gave him the name that is above every name, that at the name of Jesus every knee should bow, in heaven and on earth and under the earth, and every tongue confess that Jesus Christ is Lord, to the glory of God the Father. ~ Philippians 2:5-11

John clearly tells us that “whoever claims to live in him must walk as Jesus did” (1 John 2:6). Are you ready and willing to make yourself nothing? To take the very nature of a servant? To be obedient unto death? If your honest answer to those questions is yes, how are those intentions manifested in your life?

Ouch. To me that is like a stinging, unexpected slap in the face. Like many of you, I’ve heard that passage taught on numerous occasions. I’ve left convicted, but haven’t taken it literally. We see it as a fresh perspective on poverty rather than a literal picture of impending judgment.

How would my life change if I actually thought of each person I came into contact with as Christ—the person driving painfully slow in front of me, the checker at the grocery store who seems more interested in chatting than ringing up my items, the member of my own family with whom I can’t seem to have a conversation and not get annoyed?

His answer is staggering: “The King will reply, ‘I tell you the truth, whatever you did for one of the least of these brothers of mine, you did for me’” (v. 40). Jesus is saying that we show tangible love for God in how we care for the poor and those who are suffering. He expects us to treat the poor and the desperate as if they were Christ Himself.

Ask yourself this: If you actually saw Jesus starving, what would you do for Him?

This is how we know what love is: Jesus Christ laid down his life for us. And we ought to lay down our lives for our brothers. If anyone has material possessions and sees his brother in need but has no pity on him, how can the love of God be in him? Dear children, let us not love with words or tongue but with actions and in truth. This then is how we know that we belong to the truth, and how we set our hearts at rest in his presence whenever our hearts condemn us. ~ 1 John 3:16-20

In this passage, we see that John questions whether it is possible to truly have God’s love in you if you have no compassion for the poor. He uses as his example Christ’s love manifesting itself through the sacrifice of His very life.

God didn’t just give a little for us; He gave His best. He gave Himself. John is saying that it is no different for us: True love requires sacrifice. And our love is shown by how we live our lives: “Let us not love with words or tongue but with actions and in truth.”

One of the clearest ways we love “with actions and in truth” is through giving to others. By giving, I don’t mean just money, although that is certainly an element of it.

Another important element of giving is with our time. Most of us are so busy that the thought of adding one more thing to our weekly schedule is stressful. Instead of adding in another thing to our lives, perhaps God wants us to give Him all of our time and let Him direct it as He sees fit. One of the most memorized verses in the whole Bible says, “For God so loved the world that He gave” (John 3:16). Right there we see the connection between loving and giving evidently established.

Giving that is not motivated by love is worth nothing. Paul says from this kind of giving we “gain nothing”; however, when we give out of love, we gain much. Giving results not only in heavenly compensation, but also gives us great joy in our lives here and now. As we love more genuinely and deeply, giving becomes the obvious and natural response. Taking and keeping for ourselves becomes unattractive and imprudent.

Remember the story where Jesus fed thousands of people with one boy’s small lunch? In that story, according to Matthew, Jesus gave the loaves to His disciples and then the disciples passed them out to the crowd. Imagine if the disciples had simply held onto the food Jesus gave them, continually thanking Him for providing lunch for them. That would’ve been stupid, when there was enough food to feed the thousands who were gathered and hungry.

But that is exactly what we do when we fail to give freely and joyfully. We are loaded down with too many good things, more than we could ever need, while others are desperate for a small loaf. The good things we cling to are more than money; we hoard our resources, our gifts, our time, our families, our friends. As we begin to practice regular giving, we see how ludicrous it is to hold onto the abundance God has given us and merely repeat the words thank you.

The apostle Paul addresses this issue of giving in light of the inequalities among the early believers:

Our desire is not that others might be relieved while you are hard pressed, but that there might be equality. At the present time your plenty will supply what they need, so that in turn their plenty will supply what you need. Then there will be equality, as it is written: “He who gathered much did not have too much, and he who gathered little did not have too little." ~ 2 Corinthians 8:13-15

Paul was asking the Corinthian believers to give to the impoverished saints in Jerusalem, the goal being that no one would have too much or too little. This idea is pretty far-fetched in modern-day culture, where we are taught to look out for ourselves and are thus rewarded.

The gap is so extreme in our world that we have to take lightly passages such as Luke 12:33: “Sell your possessions and give to the poor.” How else can I walk out of a mud shack and back into my 2,000-square-foot house without doing anything? The concept of downsizing so that others might upgrade is biblical, beautiful…and nearly unheard of. We either close the gap or don’t take the words of the Bible literally.

Dare to imagine what it would mean for you to take the words of Jesus seriously. Dare to think about your own children living in poverty, without enough to eat. Dare to believe that those really are your brothers and sisters in need.

Jesus said, “Whoever does the will of my Father in heaven is my brother and sister and mother” (Matthew 12:50). Do you believe that? Do you live like you believe it?

After hearing this truth preached, a guy at my church donated his house to the church and moved in with his parents. He told me that he will have a better house in heaven, and that it doesn’t really matter where he lives during this lifetime. He is living like he believes.

Dream a little about what that might look like for you. Perhaps you start a movement called Aspiring to the Median, where people commit to living at or below the median U.S. income ($46,000 in 2006) and giving the rest away. Is it intimidating to think about giving radically and liberally?

I want to share a story with you. Anyone who has ever taken God at His word when He says, “Test me in this…and see if I will not…pour out so much blessing that you will not have room enough for it” (Malachi 3:10) probably has a similar tale.

A friend was faithfully giving 20 percent of his income to God, and suddenly his income dropped drastically. He knew he had to decide whether he should continue to give in a way that proved he trusted God. It wouldn’t have been wrong to lower his giving to 10 percent. But my friend chose instead to increase his giving to 30 percent, despite the income reduction.

You can probably guess how the story ends. God blessed his faith and gave him more than enough, more than he needed. My friend got to experience God’s provision firsthand.

When it’s hard and you are doubtful, give more. Or, as Deuteronomy says, “Give liberally and be ungrudging when you do so, for on this account the Lord your God will bless you in all your work and in all that you undertake” (15:10).

Maybe you have already made sacrifices. If so, you have seen that in some ways it gets easier, doesn’t it? You have witnessed the benefits of giving and are blessed because of it. But it gets harder, too. The temptation to level off increases with each passing year. Pride tells you that you’ve sacrificed more than others. Fear tells you it’s time to worry about the future. Friends say you’ve given enough, that it’s someone else’s turn now.

But Jesus says to keep on and you will see more of God. Do we really believe that “it ought to be the business of every day to prepare for our final day”?12

When Jesus sent out His twelve disciples (Luke 9:3), He told them to “take nothing for the journey—no staff, no bag, no bread, no money, no extra tunic.” Why do you suppose He said this? Why not let them run home and grab a few supplies? Why not allow them to bring some money along just in case?

Jesus was forcing His disciples to trust Him. God would have to come through for them because they had nothing else to fall back on.

This place of trust isn’t a comfortable place to be; in fact, it flies in the face of everything we’ve been taught about proper planning. We like finding refuge in what we already have rather than in what we hope God will provide. But when Christ says to count the cost of following Him, it means we must surrender everything. It means being willing to go without an extra tunic or a place to sleep at night, and sometimes without knowing where we are going.

God wants us to trust Him with abandon. He wants to show us how He works and cares for us. He wants to be our refuge. 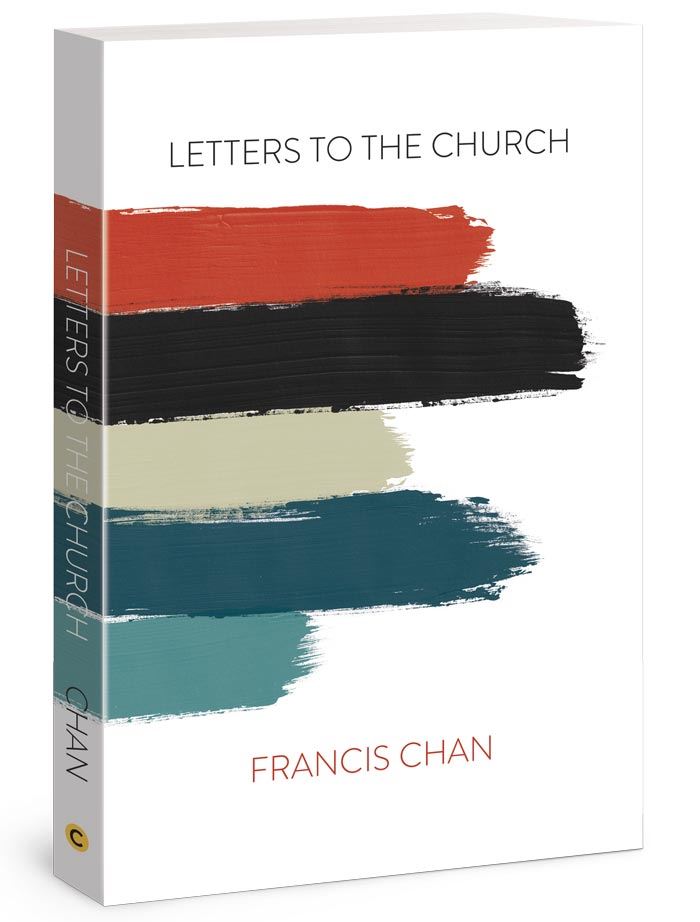 Francis Chan is the bestselling author of Crazy Love, Forgotten God, Erasing Hell, Multiply, and You and Me Forever. He is currently a pastor of We Are Church, a house church network that is planting churches in Northern California. Francis and his wife of 25+ years, Lisa, have seven children and one beautiful granddaughter.

This content first appeared on Crosswalk.com and is used here with permission. To view the original visit: https://www.crosswalk.com/church/giving/does-god-care-how-much-we-give-11576096.html