Alex was reeling with excitement as his birthday inched closer. "What will my parents buy me?" he kept musing. "Will it be a digital watch, an iPad, or a bike?" On the eve of his birthday, he stealthily sneaked into his parent's bedroom, where he was certain his birthday gift was hidden. A shimmering new electric guitar was snuggled in the corner of the room. Beside himself with joy, he ran towards it and ran his fingers over it, taking in its splendor. After a few minutes of being awestruck, he sneaked out of his parent's room unnoticed.

As his dad presented him with the guitar the following day, Alex did a poor job acting surprised. "Don't you like your new guitar? I thought you would be leaping for joy!" His father opined. Having had a sneak peek of his gift, Alex was having trouble acting surprised and delighted. In the same way, when couples engage in sex before marriage, their relationship changes. Several things they previously enjoyed slip through the cracks. They, for instance, find it hard to trust each other and make sober judgments. This article will explore six things you lose when you have sex before marriage.

What Does the Bible Say about Sex Before Marriage?

God disapproves of sex before marriage, and He has a name for it – sexual immorality or fornication.

"Now concerning the things of which you wrote to me: It is good for a man not to touch a woman. Nevertheless, because of sexual immorality, let each man have his own wife, and let each woman have her own husband." (1 Corinthians 7: 1-2).

"But I say to the unmarried and to the widows: It is good for them if they remain even as I am; but if they cannot exercise self-control, let them marry. For it is better to marry than to burn with passion." (1 Corinthians 7: 8-9)

Sex, therefore, is a gift that should be explored in the confines of a marriage. Besides, sex is more than physical pleasure. It is the sacred seal in a marriage covenant that signifies that two people have become one. (Gen 2:24). According to Ecclesiastes 3, there is a season and a time for everything, and sex is for marriage. King Solomon urged the daughters of Jerusalem not to awaken love before its time. (Song of Solomon 8:4). The right time to awaken sex is in marriage.

With this knowledge, here are six things you lose when you have sex before marriage.

1. Trust in Each Other

As a believer, you want to get married and build a family with someone that possesses great values and perpetually makes the right choices. Someone who will choose the narrow and difficult gate which leads to life and steer clear of the wide and broad gate that leads to destruction (Mathew 7:13-14). So when you have sex before marriage as you date or court, guess what flies out the window? Trust. You start doubting each other's commitment to the Christian faith principles. "If he could have sex with me, doesn't that mean that he can have it with someone else?" you may wonder.

Even if you get married, the doubts may still hunt you down. In marriage, you may still wonder whether your partner is easy prey in the face of sexual temptation. You feel that their resolve to sexual purity is not strong enough. Your trust in each other gets compromised.

2. The Moral Right to Guide Others

God expects the older people to teach and guide the younger ones in the right way. As the salt of the earth, we are not to lose our flavor. As the light of the world, we are to let our light shine before men so that they may see our good works and glorify our Father in heaven (Mathew 5:16). The younger generation is scrutinizing our ways as they navigate life. As such, the Scriptures direct us to set a good example.

"That the older men be sober, reverent, temperate, sound in faith, in love, in patience; the older women likewise, that they be reverent in behavior, not slanderers, not given to much wine, teachers of good things." (Titus 2: 2-3)

When couples engage in sex before marriage, they lose the moral authority to mentor others in sexual purity. Worse still, they may lose credibility even when trying to teach and direct their own children. And although God gives us a clean slate when we repent, it may still feel awkward for such couples.

Sexual sin greatly grieves God. The Bible refers to premarital sex as fornication or sexual immorality. Sin drives a wedge between us and God (Isiah 59) and causes us to be unfruitful. Eventually, unconfessed sin leads to death (Romans 6:23). And while all sin is grievous to God, He seems to place greater emphasis on sexual sin.

"Keep far away from sexual sins. All the other sins a person commits are outside the body. But sexual sins are sins against their own body. Don't you know that your bodies are temples of the Holy Spirit? The Spirit is in you, and you have received the Spirit from God. You do not belong to yourselves." (1 Corinthians 6: 18-19)

From the Scripture above, God seems to be singling out sexual sin as more offensive than other sins. That's because it defiles the body, which is the temple of the Holy Spirit. God is far from pleased when we defile His temple. Even Jesus drove out those selling in the temple and overturned the money changers' tables (Mathew 21:12). Sexual sin defiles His temple and strips us of righteousness. However, the good news is that if we confess our sins, He is faithful and just to forgive us and cleanse us from all unrighteousness (1 John 1:9).

The process of dating and eventually courtship helps couples get to know each other better and assess whether they are compatible or not. As people date, they keep their eyes peeled for any habits they cannot condone in their partner. But when couples have sex before they are married, the dating process gets marred. Sober judgment goes out the window. Sexual intimacy births an overpowering emotional intimacy between couples. If the couple is still trying to establish whether they are compatible or not, their judgment gets clouded.

Additionally, if pregnancy enters the scene, it alters the entire trajectory of the relationship. The couple often feels obliged to stick together and raise the child regardless of whether they are compatible or not.

"Do you not know that he who unites himself with a prostitute is one with her in body? For it is said, "The two will become one flesh." (1 Corinthians 6:16).

You become one with whoever you get sexually intimate with. Now imagine someone who has had several sexual encounters before marriage. This means that they have been united with all the people they have been sexually intimate with. When they finally settle down in marriage, they haul in a lot of emotional baggage and instability into the marriage. That's because they are not whole. In many cases, such marriages cave under the weight of confusion and disillusionment.

In the unfortunate event that any or both of the partners have had sex with other people before, the couple contends with a myriad of insecurities. Knowing that your partner has had sexual encounters with someone else is intimidating. You can't help but wonder if the other person was more competent in fulfilling your partner's sexual needs. Some partners even fear that their spouse's thoughts often trail off to "the other person" during intimacy. This is such a killjoy in marriage.

What Does the Bible Say about Sex Before Marriage?

Sex Before Marriage: What to Do When You Can't Shake the Guilt

9 Effects and Consequences of Premarital Sex on Marriage 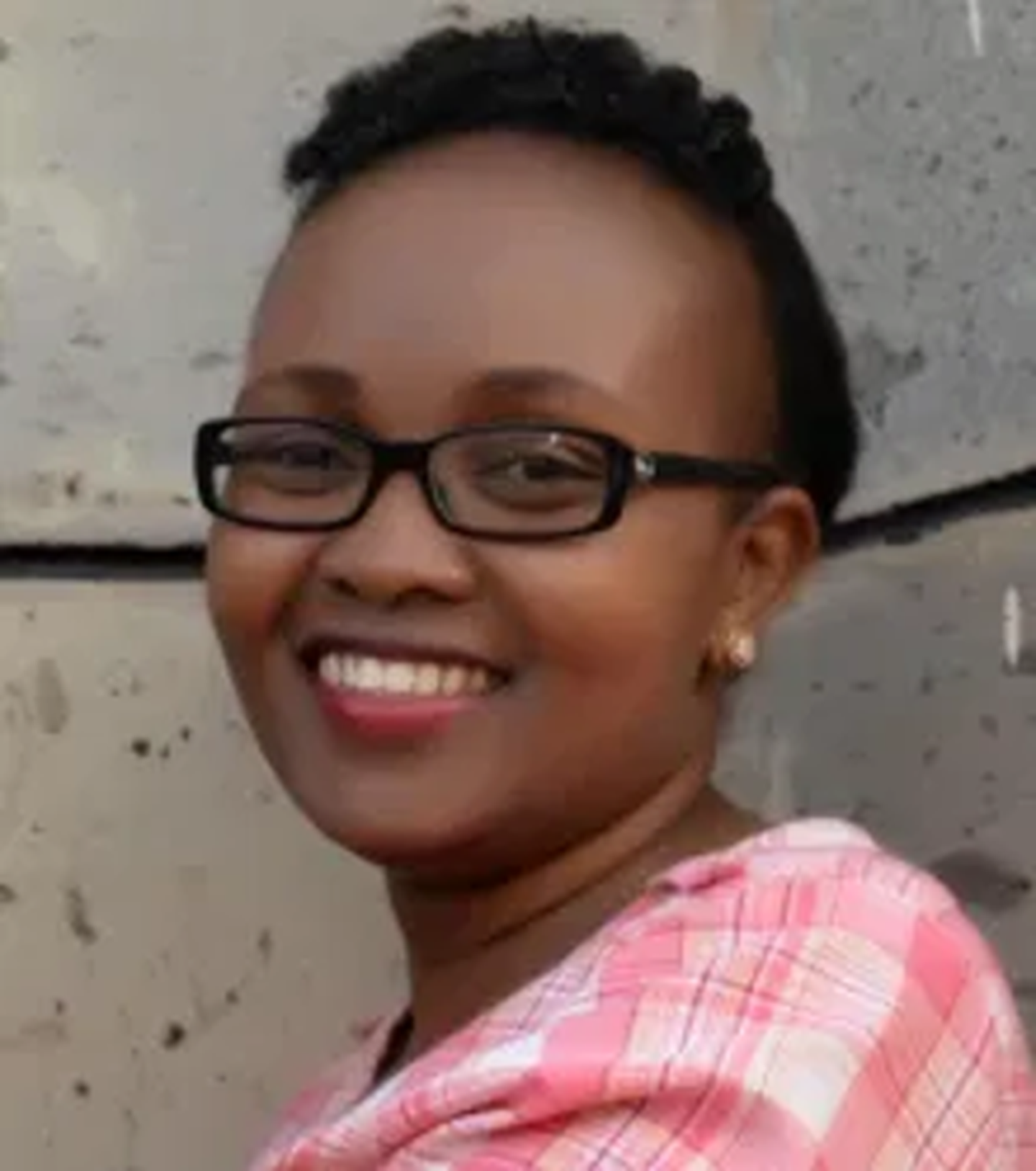 Keren Kanyago is a freelance writer and blogger at Parenting Spring. As a wife and mom, she uses her blog to weigh in on pertinent issues around parenting, marriage, and the Christian Faith. She holds a degree in mass communication with a specialty in print media. Follow her on Facebook and Instagram and/or shoot her an email at [email protected]

This content first appeared on Crosswalk.com and is used here with permission. To view the original visit: https://www.crosswalk.com/family/marriage/things-you-lose-when-you-have-sex-before-marriage.html